Posted at 17:13h in Featured, News by bellTE 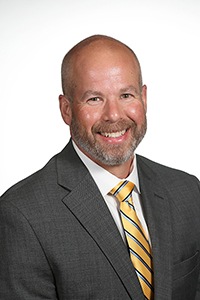 Peter was promoted to the position two years after joining the company as Manager of Georgia Operations in the company’s Atlanta office. In that position, Peter expanded company services in Georgia to include CEI/MEI and design services to the Georgia Department of Transportation (GDOT) and local governments.

Before joining Thompson in May 2019, Peter spent three years with Pond as Transportation Director, where he led all business development, staffing and operations. Peter also spent nine years at URS/AECOM as the primary Business Development and Sales lead for the Atlanta Transportation & Infrastructure business line. At the same time, he served as secondary lead for the A&E, Environmental, Military, Power/Energy and PMCM lines. Peter also has 10 years of experience at GDOT as the Policy Analysis Bureau Chief and Executive Assistant to two Commissioners. There he served as a liaison between senior level Department staff and state and local agencies and legislators.